Sony Ericsson has officially announced its new flagship phone named as Sony Ericsson XPERIA X10, which the company claims as the first Android phone in a family of phones to deliver a consistent user experience where communication truly becomes entertainment, and incorporating a new UX (user experience) platform that combines best-in-class entertainment features with signature applications and unrivaled integration of social media services, as well as rich graphical user interface. 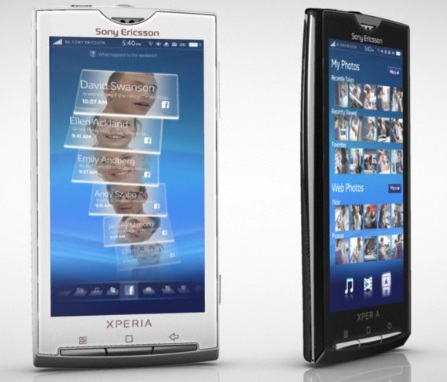 “The XPERIA X10 and the family of phones launching in the first half of 2010 underpin our commitment to an open and multi-platform strategy that maximises choice for the consumer and delivers the best possible consumer experience,” said Bert Nordberg, President of Sony Ericsson. “The reaction from our global operator partners to the XPERIA X10 has been extremely positive and we will be rolling out across the world including Japan from the first half of 2010.”

“The XPERIA X10 is a fantastic example of our make.believe philosophy because we are pushing the boundaries of what is possible and demonstrating that anything consumers can imagine, we can make possible,” said Rikko Sakaguchi, EVP and Chief Creation Officer of Sony Ericsson. “With the X10, we are raising the bar we have set ourselves with entertainment-rich phones like Aino and Satio by making communication more fun and playful, multiplying and enriching opportunities to connect.”