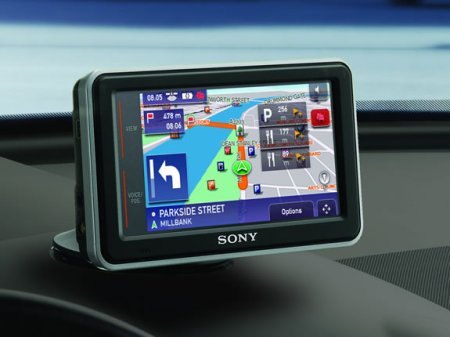 According to the company, “Sony’s new super suction cup comes with both models. It is easy to mount on the windshield or dashboard, providing a tight, stable attachment. Made with a flexible non-adhesive gel, it grips the rugged surface of the dashboard so the touch screen can be mounted closer for an easier reach. Designed to stay put even in the most extreme temperatures, the super suction cup can also be easily removed and transferred to another vehicle.”

The new Sony NV-U73T and NV-U83T personal navigation systems are available now for about $300 and $400, respectively.