Sony PS3 is one of the famous high end game consoles in gaming community but do you realize that the Japanese maker is actually absorbing the loss (considering only the console cost) since it was launched back to 2006? Recently, iSuppli, the famous market analyst has estimated the actual hardware BOM (Bill of Material) cost and made comparison with current retail price and revealed that Sony is actually still absorbing a loss of $50 per every console unit sold in the market. 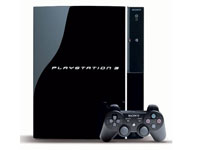 The situation has improved quite significantly as compared to when the PS3 was first launched back to 2006. During that time, a new console was sold at $599 but with the cost of $840, Sony needs to bear $241 loss per console pushed to consumer market. The research company further disclosed that with the PS3 selling price of $399 and a cost price of $448 now, it still makes a significant loss of $50 per unit. This can be understandable as and when the standalone Blu-ray player becomes so common and with much cheaper Blu-ray players being introduced into the market, PS3 console can no longer stay market competitive and the only way to survive is with both cost and price reduction. Just imagine, now users can even get both Blu-ray player and high end Microsoft’s Xbox 360 console at a cheaper price when comparing to a new PS3 console.

Good thing is, Sony has able to reduce both the BOM and manufacturing cost further with the overall chip count reduction, manufacturing process technology improvement and more cheaper price Cell Processor and NVIDIA GPU. According to tear down analysis from ISuppli, the total chip count has been reduced from 4048 to 2820 in two years time that will definitely bring down the cost. Besides, Sony is able to enjoy cheaper part of both cell processor and NVIDIA GPU with both cost only $46 and $58 (it was $89 and $129 respectively when back to 2006). Thanks to the process technology upgrade from previous 90-nm to current 65-nm that is able to shrink the part and eventually bring down the cost.
This is part of Sony’s strategy in gaining market shares and staying competitively in gaming segment. Unlike some of the mobile devices manufacturers such as Apple’s 3G iPhone that can get subsidy from network service provider to offset the loss, apparently Sony can only gain back extra from its console’s accessories and games sold in the market.