Nintendo has announced a new version of the Nintendo DS, i.e. Nintendo DSi. The DSi is slightly thinner than its predecessor and comes with a series of improvements. 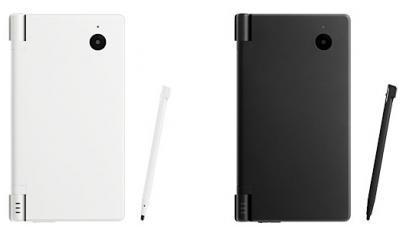 Nintendo DSi comes with larger screen which is 17% bigger than those on the DS Lite. The audio is enhanced and now it also comes with a 0.3 megapixel (640×480) camera.

The DSi comes with a SD memory card which makes it  possible to take pictures with the DSi and then view them on the Nintendo Wii. Furthermore, the device features a built-in browser, and it’s possible to download games and keep them on the DSi.

With the device, the user can download DSiWare from “DSi Shop”. Pricing categories for the DSiWare are: Free, 200 points, 500 points and “Premium” or 800 points. Customers will get 1000 free points to spend at the DSi Shop that are good until March 2010.