The worldwide market leader in mobile entertainment, THQ Wireless Inc. has released Star Wars: Trench Run game for iPhone. It’s the game developed by the leading studio – Infrared5, enabling players to take control of an X-Wing fighter and battle against the dark side, delivering a breathtaking 3D experience based on the original Star Wars movie. 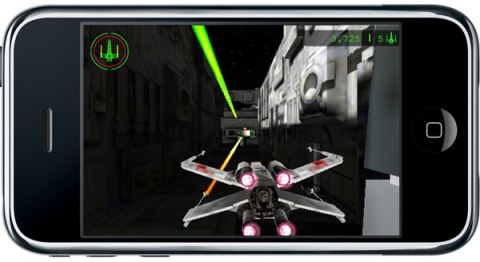 “Leading development studio Infrared5 has delivered a world-class iPhone game that lives up to Star Wars’ fans expectations as they relive one of the most recognized scenes in this epic saga,” said Adam Comiskey, vice president of THQ Wireless. “The iPhone is an excellent gaming platform and Star Wars: Trench Run is a great example of the quality line-up of games we plan to release on the iPhone over the coming months.”

“We’ve really pushed the capabilities of Apple’s mobile devices with Star Wars: Trench Run,” said Chris Allen, CEO at Infrared5. “The graphics are like a console game, and the controls are so responsive it really feels like you are Luke Skywalker flying an X-wing, attempting to take down the Death Star single-handedly. I can’t tell you how excited we are to see it go live, and get feedback on what other Star Wars fans think of the game.”

Star Wars: Trench Run game with multiple difficulty levels (from easy to jedi) is now available for download via iTunes for $4.99.