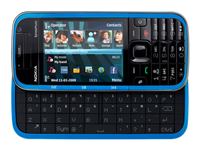 Nokia 5730 is the Nokia’s first music phone with a full QWERTY keypad. The new Nokia 5730 is featured with a newer home screen that shows up to 20 favorite contacts and offers quicker access to media playback as well as application like Facebook. The music shortcut key has been enhanced for access Nokia Music Store through which the users can download music and find details information of artists.

Featured with a 2.4-inch QVGA display screen, Nokia 5730 is also equipped with a 3.2-megapixel camera. It boats with an internal memory of 100MB, supports memory expansion up to 16GB, running on Symbian S60, built-in FM radio, Bluetooth enabled and supports Wi-Fi connectivity. 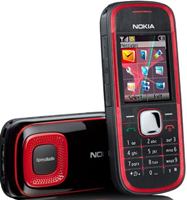 The entry Nokia 5030 XpressRadio is featured with an internal FM radio antenna that offers an exceptional radio listening experience without any hassle. It has dedicated channel tuning keys as well as a powerful battery that can keep you in tune throughout the day.