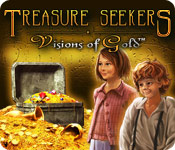 Player directs Nelly and Tommy in their quest to retrieve their pirate grandmother’s hidden treasure by exploring physcai hidden objects in each scene and collecting items to solve individual puzzles. Gamer’s skills will be tested with challenging puzzles that will take you from strange laboratories to the dangerous depths of the ocean. Player can play at own pace with no timers or penalties, but just hours of brain-tickling hidden object fun.

Features of Treasure Treasure Seekers: Visions of Gold include: 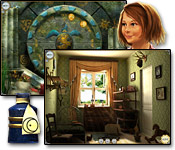 To get your own free copy of Treasure Treasure Seekers: Visions of Gold, follow this steps:

The offer will expire in less than day time.