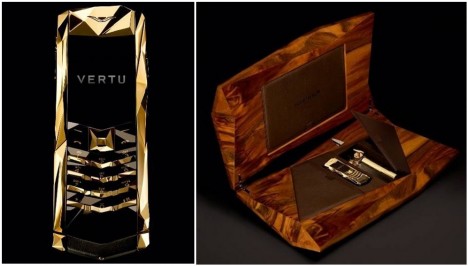 According to the designer, the Boucheron 150 is made from a single piece of massive gold. It takes 1,000 hours to cut into shape, 700 hours to hand polish, and more than 500 hours to build. Thus, it is believed to be limited unit available.

The Boucheron features a durable sapphire crystal keypad and offers 3G support. It will come with a wooden case made from Noce Pedullo walnut tree by the Swiss house Reuge.

At this moment, not much details about the phone’s features is available. The phone’s price has yet been announced, but it is rumoured to be more than $30,000. However, its controversial design has caught some attention. Beautiful or not, it’s up to the eye of the beholder.