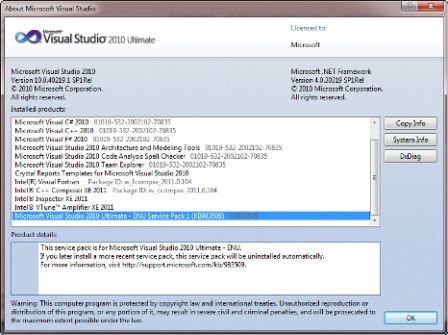 Visual Studio Service Pack 1 (SP1) mainly includes bug fixes and patches for several issues, plus several technology improvements to improve responsiveness and stability. The summary of updates related to enhancements and improvements are listed below, whereas the full changelog can be read in detail at KB983509:

Visual Studio 2010 SP1 can be downloaded from Microsoft Download Center.

For more information on the SP1 for Visual Studio 2010, check out the Read Me document. A side note is that the SP1 is not meant for users who are installing stand-alone ‘Microsoft Windows SDK for Windows 7 and .NET Framework 4 (Windows SDK v7.1)’ and are using x64 or IA64 compilers that were included in that download.