Vodafone 835 Featured With GPS and 3G

The world’s leader in mobile telecommunications, Vodafone, has announced its first ever phone which integrated with GPS and 3G on the same phone called as Vodafone 835. The slim phone is featured with “Vodafone Find and Go” navigation application for providing users door to door direction. 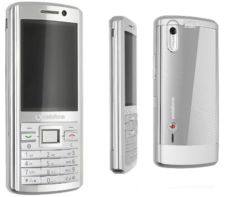 Featured with a 2.4-inch display, Vodafone 835 is also equipped with 2-megapixel camera in the front for video conferencing. It also includes FM radio, Vodafone music, Google maps, email supports, MMS and Vodafone messenger for instant messaging. In addition, it is Bluetooth enabled and supports MicroSD card. The Vodafone is expected to be available in spring of this year.