Love to sleep together with beloved iPhone? Or love to talk for hours on mobile phone with the cellphone physically glued to the ear? WHO (World Health Organization) has announced that cellphones are “possible carcinogens” which causes mobile phone users to have increased risks to develop gliomas or acoustic neuromans, both a form of cancer on brain.

Glioma is a type of tumor that starts in the brain or spine, while acoustic neuromas, known scientifically as vestibular schwannoma, is a benign primary intracranial tumor of the myelin-forming cells of the vestibulocochlear nerve.

The report is published by the International Agency for Research on Cancer (IARC), a branch of WHO, on May 31st, 2011 after convened 31 international experts in Lyon, France, from May 24 to May 31, 2011 to scrutinize and analyze existing peer-reviewed data, including two reviews that yet to be published, on cellphone safety. No new research was been conducted, but the finding is enough to let IARC to classify radiofrequency electromagnetic fields, which is emitted by mobile phones, as possibly carcinogenic to humans (Group 2B IARC Monograph). 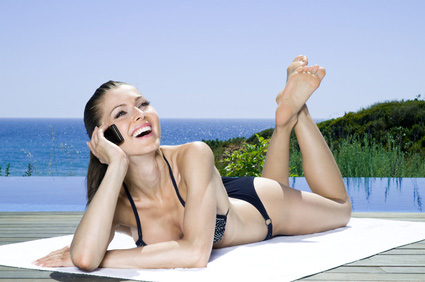 But it’s not yet the time to throw away your cell phone though. IARC has said the evidences linking mobile phone usage to brain tumor is still not conclusive, and not concrete. In fact, only one study shown increased risks to develop gliomas or acoustic neuromans, but only after frequent usage of 30 minutes per day over a longterm use of 10-year period, as stated in IARC press release:

The evidence was reviewed critically, and overall evaluated as being limited among users of wireless telephones for glioma and acoustic neuroma, and inadequate to draw conclusions for other types of cancers. The evidence from the occupational and environmental exposures mentioned above was similarly judged inadequate. The Working Group did not quantitate the risk; however, one study of past cell phone use (up to the year 2004), showed a 40% increased risk for gliomas in the highest category of heavy users (reported average: 30 minutes per day over a 10‐year period).

But nonetheless, the current evidence available is strong enough to indicate that there may be a link between cancer development and usage of cell phones, and hence the classification of personal exposure to radiofrequency electromagnetic fields associated with the use of wireless telephones as “possibly carcinogens”, and requires scientific community continual research to establish or reject the link with concrete proof.

There is a respite though, as IARC has also said that currently there is not enough evidence to draw conclusion that links mobile phones to other type of cancers. And in fact the IARC finding has been disputed by many scientists, who continued to believe that mobile phone poses no harm to human health.

IARC classifies varous environmental factors that may or may not increase risks of human cancers into several categories, or monographs. Group 1 is known agents that will most likely cause humans to develop cancers. Group 2 is split into 2 – 2A for probably carcinogenicity (higher probability) and 2B for possibly carcinogenicity (lesser chance). Group 3 is for unknown agents and group 4 is for agents that unlikely to increase risks of cancer. 2B is where the mobile phone falls into.

A full report on the evaluations of the carcinogenic hazard from radiofrequency electromagnetic fields (including the use of mobile telephones) will be published in The Lancet Oncology in its July 1 issue, and online on http://www.iarc.fr/ in the next few days.

Can’t do without cellphone, but want to reduce the risk of developing cancer? Try to reduce the use of mobile phone, or at least hold the phone a little away from the body to reduce exposure, by using the hands-free device (e.g. wired earpieces), speakerphone, or texting instead of talking. The further away the phone, it’s hoping that the less radiation is reaching and absorbed by body.

All mobile phones have to be complied with FCC (US), IC (Canada), and European Union guidelines which limit human exposure to radio frequency energy to not more than 1.6 watts per kilogram (W/kg) before going on sale in the United States, Canada and EU countries respectively. In fact, most phone manufactures do publish safety information that requires the phone to be held at a distance from body. For example, Apple states that iPhone 4 users should:

When on a call using the built-in audio receiver in iPhone, hold iPhone with the dock connector pointed down toward your shoulder to increase separation from the antenna. When using iPhone near your body for voice calls or for wireless data transmission over a cellular network, keep iPhone at least 15 mm (5/8 inch) away from the body, and only use carrying cases, belt clips, or holders that do not have metal parts and that maintain at least 15 mm (5/8 inch) separation between iPhone and the body.

And, if you don’t hold the phone far away enough, you may get exposed to higher than allowed dose of RF radiation. So, do practice safe mobile phoning.