Since Windows 7 Beta had been officially released for public download early 2009, many Windows enthusiasts have eagerly awaited the release of Windows 7 RC (Release Candidate), which supposed to be a better, more reliable, faster and more compatible build that beta. Microsoft has been silent on the exact date for availability of Windows 7, resulting in many speculations have been made. However, a page at Microsoft Partner site may have leaked the ultimate date for the release of Windows 7 RC. 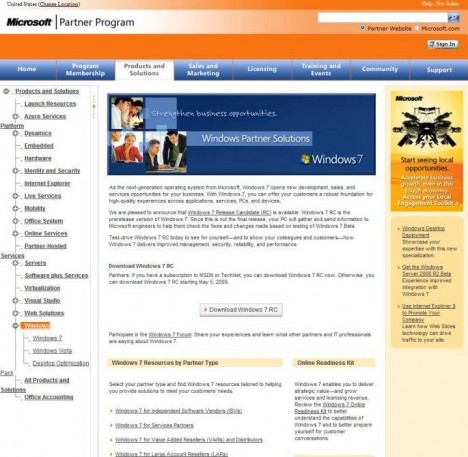 However, the data may be posted in error, and may be changed, as the other information, that Windows 7 RC is now available as MSDN and TechNet subscriber’s download is inaccurate. Apparently, Windows 7 RC, which is rumored to be build 7082 or 7100, is made available to major OEM Gold partners only, but not to TechNet or MSDN subscribers. And, there is no leak yet too. 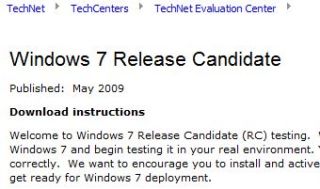