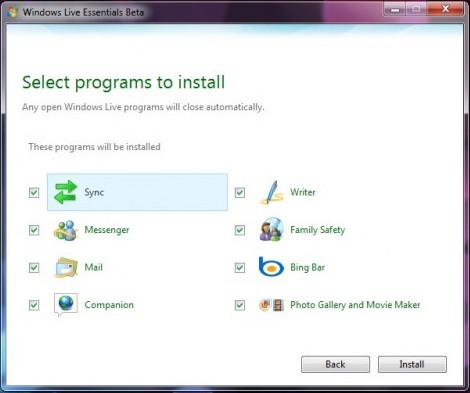 Most standalone applications in the Windows Live wave 4 can be used after installation, with the exception of Windows Live Messenger 2010 pre-beta M2 build 15.2.2585.0122 and Windows Live Sync. When users attempt to sign in to Messenger client network, the ability to login is blocked and restricted, and the following error message will happen:

User who interested can download the leaked Windows Live Essentials pre-beta (milestone 2) build 15.2.2585.0122, together with the sign in deny auto-patcher. Do note that the program is not officially supported, and is buggy or may cause problem to your system.

User who wants to replace the msnmsgr.exe directly can also download the patched msnmsgr.exe (version 15.2.2583.119): msnmsgr.exe

According to Windows Live 2010 (WL2010) roadmap, a public beta release of Windows Live Essentials will be made available somewhere in May or June. Here’s the brief timeline indication of the development.