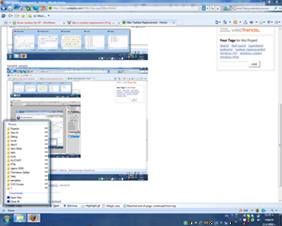 The Sbar Taskbar is available as free to download from here. Other alternative for Windows 7 Taskbar alike replacement is .