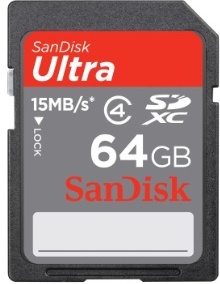 According to the corporation, SanDisk Ultra SDXC card is based on new SD 3.0 specification that can manufacture up to 2TB SD memory cards.

The new SanDisk 64GB Ultra SDXC memory card that able to store over 8 hours of HD video with recording speed of 9 Mbps is now available for approximately $350.