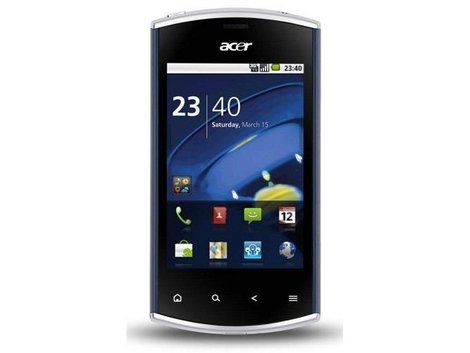 Featured with a 3.2-inch HVGA touchscreen which operates at 480 x 320 resolutions, the Acer Liquid Mini is also equipped with a 5-megapixel camera with capability of 480p video recording. It boasts a GPS, has built-in stereo FM radio, 512MB RAM, supports HSDPA and DLNA connectivity and comes with a battery that provides up to 6.5 hours of talk time and up to 20 hours of standby time. In addition, it is Bluetooth enabled and supports up to 32GB of microSD memory card.

Available in five vibrant colors such as jet silver, royal blue, piano black, lime green and light pink, the Acer Liquid Mini is expected to be available on 11 April in UK . However, the price of the Android smartphone is not yet announced.