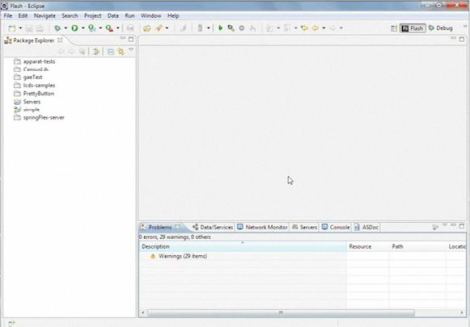 Adobe has been giving away free license the flash development software since its predecessor, including Adobe Flex Builder 3 Pro, for people in the education. And the free giveaway continues for Adobe Flash Builder 4, where Adobe Flash Builder 4 Standard is free to the following groups of people:

To get the free license for Adobe Flash Builder 4 Standard with a genuine and legit activation serial number to activate the product, visit the following web page:

Fill out the form, and select the reason for applying. Proof of eligibility is required if you selects Students or Education Faculty Members, and the free software cannot be used for commercial purpose.

Applicant should receive the download instructions and the serial number via email within two weeks.