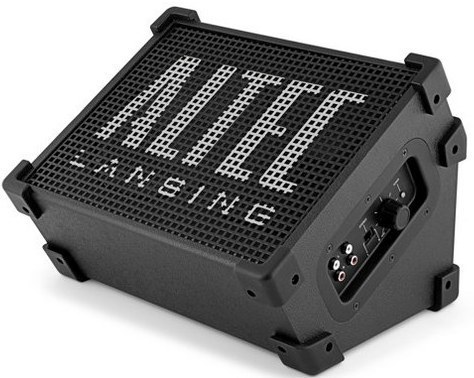 “Stage-Gig is the first speaker system designed from the ground up for use with Rock Band, Guitar Hero and DJ Hero,” said Don Milks, senior manager for product management at Altec Lansing. “By amplifying the audio, Stage-Gig makes the games feel even more like you are playing in a live concert. Stage-Gig works especially well with multi-instrument games, where the drums and bass guitar are often lost when heard through traditional TV speakers.”

Altec Lansing’s Stage-Gig that compatible with just about any gaming platforms including Microsoft Xbox 360, Nintendo Wii and Sony PlayStation 2 & 3 is scheduled to be available at Amazon.com, Costco and leading consumer electronics retailers beginning November 2009 for approximately $100.