The famous mobile games company, Rovio Mobile Ltd has officially announced its new highly anticipated game – Angry Birds Rio, which has been upgraded with far more things to collect and added parallax scrolling to give the game quite a bit more visual depth than predecessor. Angry Birds Rio comes with newly storyline that original Angry Birds are kidnapped and taken to the magical city of Rio de Janeiro, Brazil.

The new Angry Birds Rio also features two episodes, 60 levels, new achievements, special hidden fruits, and two news main character birds of Rio – Blu and Jewel. Besides that, Angry Birds Rio remains to be a finger-powered slingshot game with launch the attack with the foul-tempered fliers across levels packed with objects. Concrete blocks, wooden crates, bird cages, metal chains, and even foliage are meant to be busted and broken with a slide of a finger. 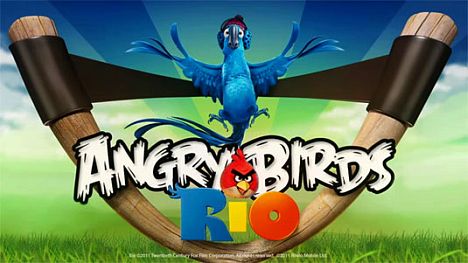 For Android users who are taking advantage of free Angry Birds Rio game offer, Amazon Appstore app has to be installed for the app to be downloaded and installed onto the phone.

Note: The promotion of Angry Birds Rio full version with no ads free download is for US only.