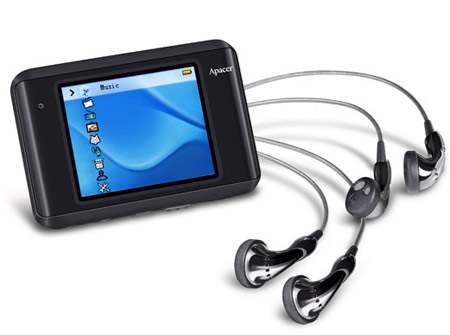 According to C.K. Chang, Apacer Technology’s Product Director, “The development concept of AU840 comes from sharing multimedia program between people. As more and more popularity of digital device applications, people are used to storing their precious moment in digital formats to share with others conveniently. However, the most MP3 or MP4 players nowadays are made for single user only. From now on, the new AU840 is going to help people share their digital life with their friends.”

The latest Apacer Audio Steno AU840 multimedia center which available in 2GB and 4GB versions will hit Indian market soon but no words on pricing yet.