Not long after Apple Inc releasing its OS v3.0 to market, the company is already starting the new development of version OS v3.1 and the latest beta version of OS v3.1 readiness has been announced with invitation emails being sent to its developers to try on the latest SDK. 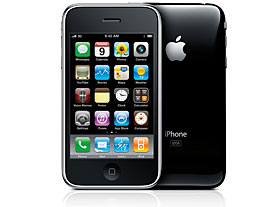 Some of the new features include improved version of video editing, which allows 3G S users to have option whether to save as an extra copy without overwriting the original copy automatically. Besides, the beta version supports MMS feature as well as the voice control function through Bluetooth enabled headset. Another useful feature that worth to be mentioned here include the capability to paste the number directly into the dialing box, besides allowing the auto translation of alphanumeric numbers for fast dialing mode whenever there is a need. That is not all, there is a fancy feature being added that triggers vibration effect when users try to arrange icons on main screen.

One thing to note here, the iPhone Dev team warned all the existing 3G iPhone users that were unlocked using ultrasn0w not to do any firmware update beyond 3.0 versions, which include this 3.1 OS beta version until a further tool release that allows firmware updates without affecting the original baseband.