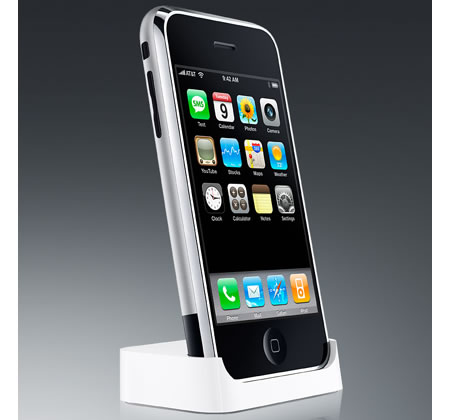 Apple Computer recently filed a patent that could protect iPod, iPhone and all its portable product lines from unauthorized use. The concept is based on the reality that almost all of the personal digital assistance, digital music player and portable devices need to be recharged to sustain the necessary battery capacity for normal operation. By disabling the recharging circuitry embedded in it, the device will become un-usable under certain circumstances (Eg: stolen, loss, timer expires and etc).

In normal condition when the rechargeable battery of the devices is low, it can be recharged by attaching to the power adapter. Apple Computer filed a few ways that could disable the charging mechanism under different detection points. Timer expiration is one of the ways that could trigger a security code request as and when the timer expires. If the user failed to enter the correct authorization code, the recharging mechanism will be disabled and the device can no longer be charged. Another way is though the power adapter ID or processor ID that matches the authorized components and subsequently allowed the charging process to happen.

This is a great ideal but just wonder why nobody had thought of it before. This innovation is believed to be a good way that could prevent stealing of its popular digital music player, iPod. While waiting for the actual production, we do hope to see similar protection mechanism to be implemented in other manufacturers’ products as well.