Some times back after Asustek released its Eee Box B204 and B206 with HD Acceleration and HDMI interface, now the Taiwanese PC manufacturer is planning to release two new Eee Box series with better specifications refresh. Named as EB1002 and EB1006, it will be powered by famous Intel Atom processor targeted for nettop market. 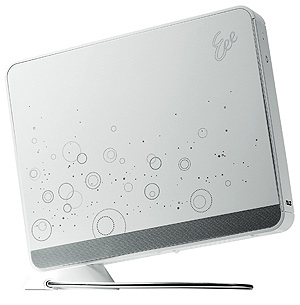 Unlike its previous models, the new EB1002 and EB1006 will be based on Atom processor clocking at 1.66GHz, which offer slightly more CPU cycles as compared to B204 and B206 at maximum of 1.6GHz. Other common specifications include 2GB DDR2 RAM memory and an internal 250GB hard disk drive that are more than sufficient for normal home and office users. Nevertheless, they are slightly different in specification with the EB1002 supported by internal graphics solution like normal nettop solution while the EB1006 is capable to work with an external discrete graphics card to cater for graphics intensive and multimedia applications.

No pricing information yet, both Eee Box products are expected to fit well in the price-sensitive nettop market space and will be available in near future.