HD (High Definition) TV becomes common in today’s Consumer Electronics world. For those that are not intended to purchase a brand new HDTV but still want to enjoy the great visual experience, now there is an alternative option with the new HD TV box introduced by Asus. The device is claimed to be able to transform your conventional PC monitor into HD screen without a need to spend extra bucks on getting an expensive HDTV. 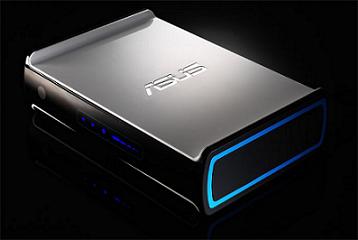 Known as HDTV Suite-HDMI, the device is empowered by Asus’s famous Hardware Spendid Video Intelligent Technology which allows a display scaling up to 1920 X 1200 high resolutions. Although it is not Full HD 1080 capable, but it is more than enough to satisfy average users that are not get used to real Full HD TV. Besides, the video accelerator engine is able to perform Dynamic flicker Brightness Adjustment, Dynamic Deblocking, Advanced 3D Comb and more which helps to enhance and fine tune the picture quality.

Best thing is, with the PIP (Picture-in-Picture) feature in place, users will be able to do web browsing while watching their favorite programs simultaneously. Amazingly, the device comes with various video input ports such as HDMI, DVI/VGA, S-Video, Composite video and YPbPr that makes it compatible with most of the CE products in the market. Users can even choose to pull in the video source from famous gaming consoles such as Sony PS2 and PS3, Microsoft Xbox 360 and even Nintendo Wii. No pricing and availability has been released yet, but it should not be too expensive since the HD TV’s price has been dropped from time to time.