avast! software has just released the general availability of the new Avast! Antivirus 5.1 after resolving a few issues discovered from the beta versions testing. According to Whole Product Dynamic Test conducted by AV-Comparatives, avast! has scored impressive score of 96.4% in protection rate.

Below is the overview of the new features available in version 5.1 and note that all features from 5.0 are inherited as well:

While waiting for the official posting of Avast! 5.1 Antivirus, here’s the direct links to get the full installers for Windows users: 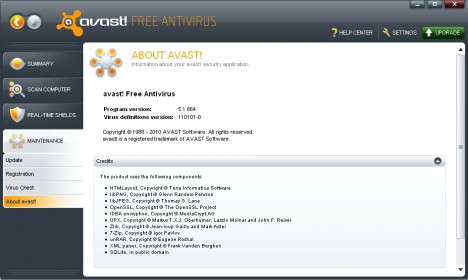