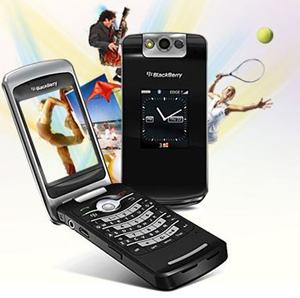 Apart of that, it is Bluetooth enabled, supports up to 16GB of microSDHC memory card, integrated with a GPS sensor and Blackberry Maps, and available in pink and black color.

The Blackberry Pearl Flip 8230 smartphone is available at Cellular phone at the price of $100 with a two-year contract after a mail-in rebate. The Cellular South smartphone plans is started at $50 per month.