Nowadays the contraband mobile phones being smuggled into correctional facilities are getting more and more serioues. It has came into a situation in many countries whereby the security officers start losing control to locate and confiscate those contraband cell phone hiding in the correctional facilities despite various scanning measures such as x-ray scan, metal detector, dog sniffing, etc have been taken place. To assist security officers to overcome this problem, Berkeley Varitronics Systems, Inc. (BVS), a leading provider of advanced wireless solutions and products to the domestic and international wireless telecommunications industry has rolled out an advanced hand-held cell phone detector which is known as Bloodhound. 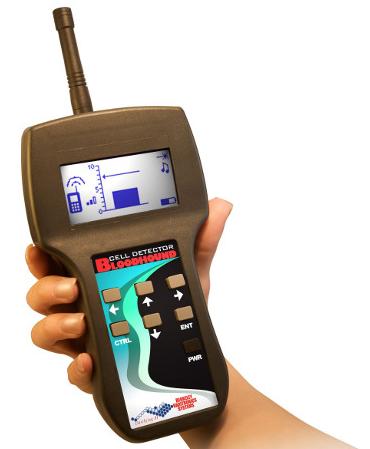 The Bloodhound hand-held cell phone detector is able to scan real-time unauthorized cell phone activity within correctional facilities and detect the exact location of the caller using a Direction Finding Antenna. This tracking device will not interfere or disturb authorized communication channels. This detector features a high speed scanning multi-band receiver harnessed to a DF-Direction Finding Antenna. The antenna allows security officers to locate the RF energy and look for a wireless target. Once the target is found, the Bloodhound’s unique algorithm can trigger on to a cell phone while it is still in use. There is a headphone jack with a progressive audible alert tone and an accompanying vibrator that can alert security officers of cell phone activity as they move closer to the source. In addition, the onboard pulsating laser will ID the target with a blinking laser dot while in the DF mode.

Besides correctional facilities, the Bloodhound hand-held cell phone detector can also be used in schools or places that are restricted to cell phone.