The global market leader in high-performance computer memory, power supplies and flash memory products, Corsair has announced its new 128GB Flash Voyager GT, which the company claims as the world’s fastest 128GB USB flash drive, supporting up to 32MB/sec of read speeds and up to 25.6MB/sec of write speeds. 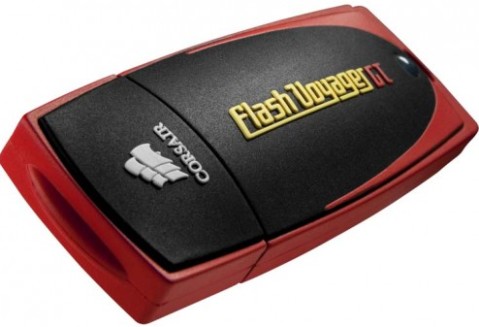 “High performance is a key requirement for super-high capacity flash drives, such as the 128GB Voyager GT, simply because it is able to store such a large volume of data,” said John Beekley, the VP of Applications for Corsair. “The 128GB Voyager GT is nearly twice as fast as other high-capacity flash drives, which means less time waiting for your music, video or office files to copy to and from the drive.”

“The 128GB Flash Voyager GT is ideal for those who need access to a huge volume of data in a format that’s convenient, durable and extremely fast,” commented Jim Carlton, VP of Marketing at Corsair. “The 128GB Flash Voyager GT can store massive video, photo and music libraries, yet it’s less than half the size of a solid-state drive, effectively obsoleting less-reliable, portable mechanical hard disk drives.”