CyberLink YouCam is a popular webcam companion software that allows user to use webcam, which now almost build into each and every computers sold by default, creatively and with fun by adding dynamic visual effects for video chats and webcams. YouCam can also be used to capture images and videos from the web camera. The latest version of CyberLink YouCam is YouCam 3, which adds tons of features such as headgear gadgets, scene effects, video recording via webcam, facial tracking and etc.

CyberLink YouCam 3 costs has an not of cheap price tag of $34.95. For users who don’t mind older version software, or want to get an earlier version as a workaround to eligible for cheaper upgrade pricing of $19.95 for YouCam 3, both YouCam 1 and YouCam 2 is available for free download, with or without free registration CD-key serial number. 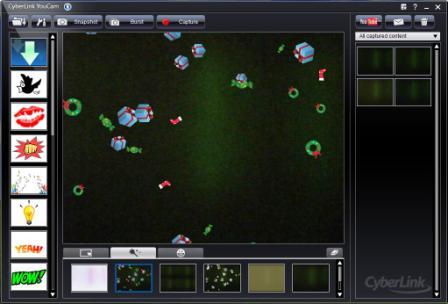 Go to the following URL in order to register and receive free registration CD key for YouCam 1:

The setup installer for YouCam 1 is originally available from http://www.computeractive.co.uk/youcam/index with link to http://www.vnudownloads.co.uk/CyberLink.1101_generic_YUC070820-03.exe. However, the link has been removed, but user can still download the setup installer via link here: CyberLink.1101_generic_YUC070820-03.exe

Note: To install CyberLink YouCam, the webcam must be installed with proper driver.

User who wants YouCam 2 can take advantage of OEM YouCam for HP hardware. HP is distributing YouCam 1 and YouCam 2 for some models of its PC computer systems. Users who are using Hewlett-Packard system can download and install full version of YouCam 1 or YouCam 2 directly from HP FTP server:

Only HP systems can install the YouCam 1 and YouCam 2 software package downloaded from HP though, as “This software can only be installed on Hewlett-Packard system” error will be prompted if user attempts to install non-HP computer. There is workaround to install YouCam for HP system on any make and build of computer though.

Run sp37849.exe. Installation will halt when it detects non-HP machine. However, the setup installation files will be extracted to C:\SWSETUP\SP37849 folder. Inside the folder, open Define.ini file in text editor such as Notepad. Change the value for CLBiosSC from 1 to 0 to make the line read:

Save the file, and run setup.exe inside the folder to install YouCam 1.

Run sp42568.exe. Installation will halt when it detects non-HP machine. However, the setup installation files will be extracted to C:\SWSETUP\sp42568 folder. Inside the folder, open Define.ini file in a HEX editor such as Notepad++ with HEX Editor plugin.

Search for the second 0c 3c (2 will be found, ignore the first instance), and change the value to 0d 3d. Save the file in hexadecimal format, and then run the setup.exe inside the folder to install YouCam 2.