Having problem to seek for disc players that can conveniently playing both Blue-ray disc and HD DVD high definition content?

LG Electronics has launched the “Super Multi Blue” player at the 2007 International CES in Las Vegas, United States. The BH100 will be the first player on the market with the capability to play both next-generation disc formats, thus addressing the challenge of the current format war. 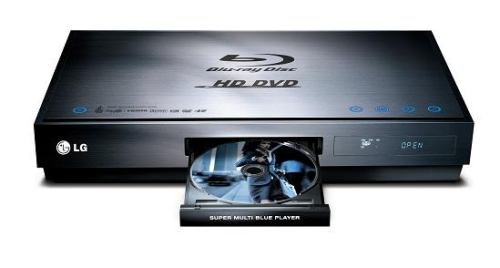