While Microsoft is busy preparing to release its latest Windows Mobile 6.5 in this coming October 6, the Google Android developer team has announced that Android 1.6 Software Development Kit (SDK) is available for download. The Android 1.6 is based on the donut branch from the Android Open Source Project which has been improved with new features and technologies. 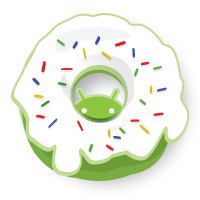 The notable features of the Android 1.6 is it support for CDMA and additional screen sizes that enable Android applications to be deployed on more mobile devices. It also features with new technologies including framework-level support for additional screen resolutions like QVGA and WVGA, new telephony APIs to support CDMA, gesture APIs, a text-to-speech engine, and the ability to integrate with Quick Search Box.

The Android 1.6 SDK requires a new version of Android Development Tools that enable the Android application developers to download updates and additional components. Furthermore, the Android developer team has committed to publish a series of post over the next several weeks to help the applications developers in using the latest development technologies which have been incorporated in the Android 1.6. The posts are expected to cover the topics like how to adapt your applications to support different screen sizes, integrating with Quick Search Box, building gestures into your apps, and using the text-to-speech engine. Just head to the following URL to access official Android 1.6 SDK download page: