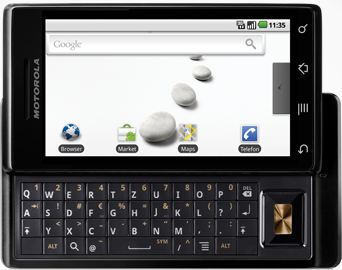 By upgrading to Android version 2.2 Froyo operating system, Motorola Milestone users are promised the following features and enhancements as detailed in the release notes:

It appears that not all markets is receiving the OTA (over the air) update to Android 2.2, as manual update availability check may not return any result. But it’s still possible to directly upgrade Motorola Milestone to Android 2.2 with Motorola Software Update (MSU) utility. It requires a driver to work properly, where the MotoHelper driver for Motorola Milestone will automatically be downloaded and installed if it’s not yet been installed.