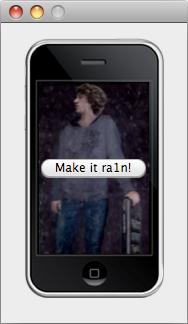 The availability of Purplera1n for Mac OS X is announced by Arix and westbaer, and can be downloaded from the same domain at purplera1n.com. Together with ultrasn0w, iPhone 3Gs can now be jailbroke and unlocked.

The guide to use Purplera1n is very easy, just unzip the content to a folder, and double click on the purplerain icon to run the application. Press the Make It Rain! button to start the jailbreaking process, and then follow on-screen instructions.