George Holtz, aka Geohot who is a member of the iPhone Dev Team and the first people to unlock the original iPhone (iPhone 2G) has released a software to general public that called purplera1n to jailbreak iPhone 3G S (or 3GS) on iPhone firmware OS software 3.0. However, purplera1n will only allow jailbreak iPhone 3GS to allow installation of unofficial third-party applications which is not approved on Apple App Store, and will not unlock the iPhone 3GS to allow carrier-locked iPhone 3GS to use other mobile provider’s SIM card, which can be done with Ultrasn0w. 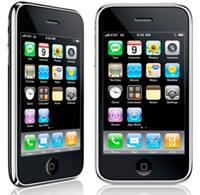 iPhone Dev Team actually plans to release the jailbreak for iPhone 3GS only after iPhone OS software version 3.1 is released. However, George Holtz decided that this is not how game should be played, and release the purplera1n anyway. purplera1n is based on IBoot Environment Variable Overflow hole in iPhone OS to make jailbreak works.

purplera1n works on Windows XP, Windows Vista and Windows 7, including 32-bit and 64-bit versions with the release of purplera1n RC2, which also includes some kernel patches and bug fixes, although there is still no winterboard support. A Purplera1n Mac version has also been released.. The installation of purplera1n will required the latest iTunes (iTunes 8.2) installed and an iPhone 3GS with the iPhone 3.0 firmware. iPhone 3G and 1st generation iPhone users should use PwnageTool and Redsn0w to jailbreak instead.