Most of the electronic gadgets and electrical appliances consume a small amount of energy when they are thought to be “off”. This is because of losses in the transformer or sensors that remain active for functions such as remote power-on. Energy specialists call this “leaking electricity” because the devices use energy without performing their principal function. Similarly, the personal computers also have this “leaking electricity” problem. Generally each computer consumes 1 watt to 4 watt when it is powered off. Even though the figure may appear small, it is hardly so when you are talking about millions of computers having the problem. To reduce and eliminate this leaking electricity problem, Fujitsu Siemens has unveiled its plan to launch its Esprimo 7935 PC which will consume zero energy when it is switched off. 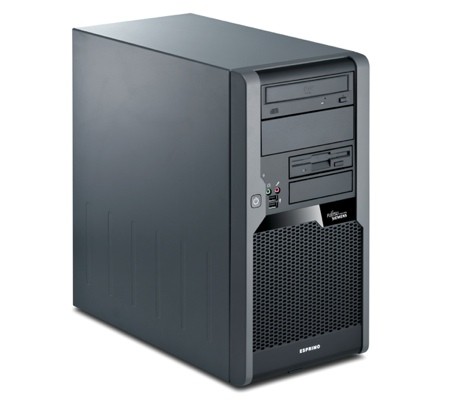 The upcoming Fujitsu Siemens Esprimo 7935 can achieve zero energy consumption even without the plug being pulled from the socket. Fujitsu Siemens in its statement highlighted that this new computer only consumes a very small amount of power during a predefined time-slot during which updates can take place. Once the time slot passes, the machine returns to zero-watt mode until it is switched on by its user. Besides zero energy consumption, Fujitsu Siemens Esprimo 7935 is able to achieve 89 percent power supply efficiency. In simple words, less amount of electricity wasted. Besides, the new computer also conforms to the U.S. Environmental Protection Agency’s (EPA) Energy Star 5.0 standard.

The idea of Fujitsu Siemens Esprimo 7935 is quite encouraging. Besides saving energy, this solution also helps to reduce the environmental impact of energy generation. The specifications and pricing of this “green” computer have not been revealed at this point of time.