Apple iPad is so successful that has triggered many PC makers to come out with their own tablet PCs. Similar to ExoPC, the company has planned an Intel Atom based tablet with intention to compete against the famous iPad in this competitive market space. 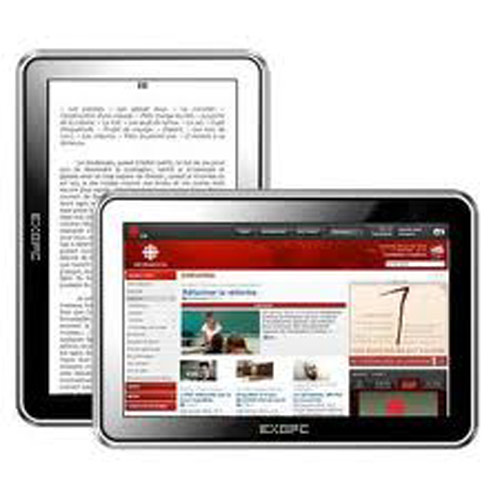 Typically Intel X86 architecture is not the first choice for portable devices as compared to much lower power efficient ARM processor. But in order to differentiate itself from Apple or other existing competitors’ solutions, ExoPC uses Intel Atom N450 processor that will able to benefit in terms of Microsoft’s Windows Operating Systems compatibility especially the Windows 7. Being powered by a 1.6GHz Atom processor, the tablet will get additional support on graphics rendering utilizing Broadcom Crystal HD that is capable to decode 1080p full HD media content. However, its commonly used 10.1-inch 1366 x 768 capacitive touch display may limit such capability. Besides being supported by built in 32GB or 64GB internal storage, the tablet PC storage can be easily extended via SD/SDHC card slot. Other specifications include 802.11n WiFi, Bluetooth 2.1+EDR, 1.3MP webcam, USB 2.0 as well as mini-HDMI port to showcase great multimedia display. All these are well packed into a compact and slim design with weight of merely 2.09 pounds.

Expected to be launched in early of September 2010, the device will be preloaded with customized Windows 7 Home Premium at a suggested retail price of around $599 for 32GB version.