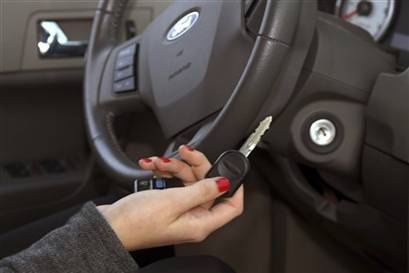 Teen drivers are the bane of the road. When a teenager reaches the legal driving age and asks for the car keys, parents are in for a nightmare. Ford has come to parents’ rescue by offering keys embedded with computer chips that will be used for its new models in 2010. Driving is made safer with the security features incorporated in the chips. How does the intelligent MyKey help to make teen driving less of a nightmare for both teenagers and their parents?

Among the options offered by MyKey include:

MyKey is hoped to not only reduce the number of accidents among teenagers by limiting the driving speed, but also to reduce the mortality rates of crashes. Teenage drivers are compelled to drive safely and observe rules in their driving. Ford claims that although MyKey keeps teenagers safe on roads, it is not invasive like some other gadgets or devices that track teen drivers’ every movement and record their whereabouts which are then reported to parents.

Ford states that MyKey is free and will be a standard feature in the 2010 Ford focus. It will also be ultimately offered as an optional package in all Ford, Mercury and Lincoln models.

Young people are restricted in their key to freedom as their lack of experience could prove fatal. MyKey gives teens the freedom but keeps a rein on irresponsible or unruly behavior on the roads.