What could be the next development after Solid State Drive (SSD)? Fujifilm Recording Media U.S.A and IBM have recently announced that a new particulate can be used to create magnetic tape cartridges, which are 44 times more dense than today’s LTO Ultrium cartridges.

The new technology uses a process of aligning barium-ferrite (BaFe) particles on the tape, that gives a density of 29.5 billion bits per square inch with magnetic tape media which results in the storage of 35TB of uncompressed data. BaFe is a crystalline substance that does not corrode or change chemically over time. This is an added advantage to make it ideal for long-term data storage.

Barium-Ferrite particles is one third smaller than current metal particle. BaFe particles have a high resistance to demagnification, which makes their high-density recording performance superior. 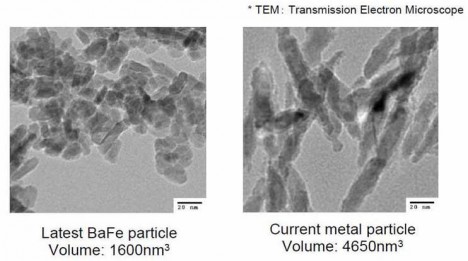 The tape storage is back to the stage and will continue to provide users reliable data protection, while maintaining a cost advantage over other storage technologies, including hard disk drives and flash drives.