How iTunes Saved The Office 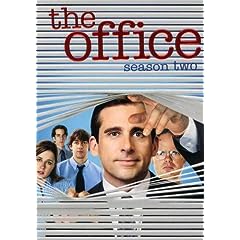 The Office is one of the best shows on network TV. It’s clever, witty and very funny. But according to the Nielson ratings, The Office was a dud. The ratings were so bad that NBC almost cancelled it before the end of its first season. But since NBC owns and produces The Office, they had nothing to lose by posting it in the iTunes Store. At the very least, NBC thought they might make a little money on iTunes before canceling the show. But once episodes of The Office were available online, they became an iTunes overnight best seller. The Office had a huge fan base and the low Neilson ratings were basically just a lie.

Angela Bromstead, president of NBC Universal Television Studios, had this to say in Newsday:

“I’m not sure that we’d still have the show on the air” without the iTunes boost… The network had only ordered so many episodes, but when it went on iTunes and really started taking off, that gave us another way to see the true potential other than just Nielsen. It just kind of happened at a great time.”

Personally I think the Nielson ratings are a total joke. They only put a few thousand viewing monitors in dumb people’s houses. How is this an accurate sampling of US households? It’s not. Think I’m wrong? Consider the following:

The answer to all these questions: only dumb people have Nielson boxes and the networks don’t have enough guts to ignore Nielson’s lies. Also, ponder this little tidbit. Until recently, the Nielson boxes were NOT compatible with home TV systems that had a TiVo, satellite dish or digital cable box. That’s a lot of people Nielson just decided to conveniently ignore.

If you are also a fan of The Office, just remember that the iTunes Store is responsible for keeping the show alive. Fans of the show voted with their wallets while dumb Nielson households were busy watching COPS reruns. Again.