In conjunction with the coming Windows 7 launch, HP has rolled out its so called first “Windows 7 Certified” monitor, Compaq L2105tm, which features multitouch functions. The new HP Compaq L2105tm applies HP’s optical touch panel technology and includes two cameras, an optical infrared light sensor and a reflective film to create a light field. When users touch on the screen with their fingers, the stylus that comes along with the monitor, or any objects, the touch object’s shadow will be detected and the information will be delivered via USB to system. The quick response time at 5ms and excellent brightness rated at 250 cd/m2 will give Windows 7 users the ultimate touch screen experience. 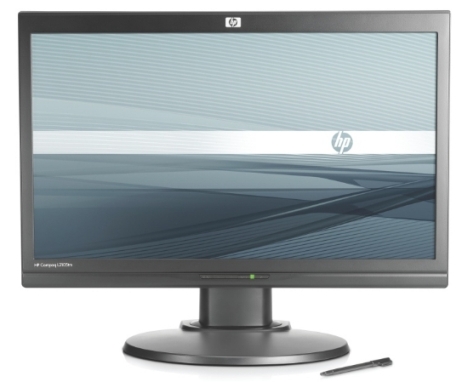