HTC and Verizon Wireless have officially announced the new HTC ThunderBolt 4G-enabled smartphone, which the companies claim as one of the world’s first 4G LTE Android-powered smartphone to equip Skype mobile with video calling. 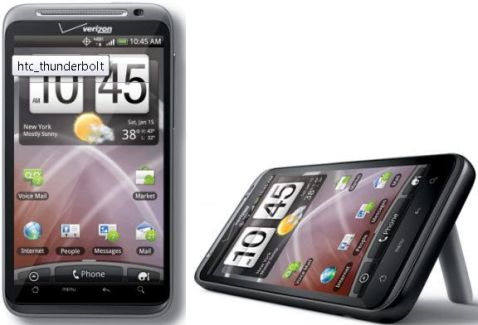 “We are proud to not only be bringing one of the first 4G LTE Android smartphones to the Verizon Wireless network, but to offer people the unprecedented speed and ease of use that the HTC ThunderBolt provides to them,” commented Jason Mackenzie, president for HTC Americas. “What makes 4G so compelling is not just technology, but what the technology allows people to do. With HTC ThunderBolt and the Verizon Wireless 4G LTE network, 4G is brought to life as people stay connected with friends, family and content faster than ever before possible.”

HTC ThunderBolt that comes bundled with a 32GB microSD memory card is able to easily, conveniently stream and share multimedia content directly with DLNA-compatible HDTV and stereo systems, thanks to its DLNA streaming multimedia support. The price and launch date of HTC ThunderBolt has been announced.