Previously we mentioned about RIM’s Patent Idea with next generation touch screen module featured with both resistive and capacitive capabilities, here is an alternative patent idea with different approach that targets at the same goal – getting the best out of both technologies as a benefit for mobile users. Just recently, HTC has filed an innovative patent idea on how to make a stylus capable on accurate tap even on capacitive LCD screen. 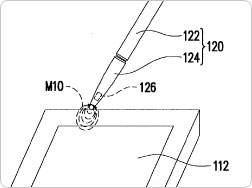 Although the idea is still in paper and it may have to wait a while before the actual implementation can be seen at end product, but this is definitely a good initiative towards bridging the gap for greater user interface and experience in future mobile devices.