You may have heard a lot on the latest roadmap from famous chipmakers such as Intel, AMD or VIA Technologies but not to be left behind, IBM is actually spending much effort in developing its next generation Power7 processor targeted for PC world that requires intensive computing power. Just recently, the company has disclosed additional details on its upcoming Power7 during Hot Chips 09 Symposium. 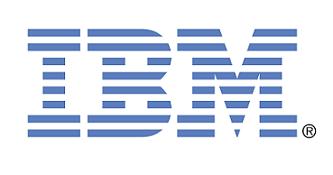 IBM Power7 has been redesigned with multiple optimization points in mind. With its 8-core microarchitecture design using 1.2 billion of transistors, it can achieve a significant performance boost of up to 12 execution units for each core, with 32 threads per chip, delivering a final performance score of 20,000 coherent operations in flight. Besides, it is fully compatible with 32 sockets in design, sharable 32MB on die EDRAM L3 cache as well as dual channel DDR3 memory technology that can scale up to a sustainable memory bandwidth of 100GBps per chip. At the same time, energy efficiency is said to be another consideration factor that able to differentiate itself from other competitors’ solutions, even though no exact power figure was disclosed yet. More importantly, it is fully scalable to cater for different system configurations so that it can be targeted for various system requirements.

Although it is not fabricated using the latest process technology, but the new processor (in 45nm process technology design) is claimed to be able to outperform Intel’s famous Nehalem processor, known to be one of the world’s most powerful processors in the world. The processor will be commercialized by 2010 as a newly refresh successor replacing Power6 in mid to high-range PC computing especially in server market.