Apple’s iPad is selling well and it has triggered a new wave of tablet PC design in consumer market. In order not to lose too much design wins in its netbook market, Intel Corp is believed to be ready with its next generation silicon that will be targeted mainly on tablet PC design. The new silicon is claimed to be based on Moorestown architecture, and will be pushed as a next generation processor under its famous thermally efficient Atom family. 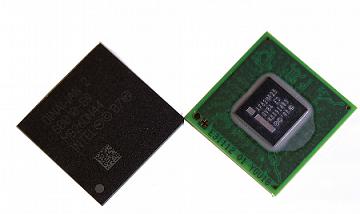 Codenamed as Moorestown-W, the new processor is an extended variant of its current Moorestown platform that has been enhanced with power saving mode suitable for ultra thin, heatsink/fan-less design whereby battery life and portability are in huge concern. According to Intel benchmarking, Moorestown consumes merely 1/50th of the power dissipation as compared to its predecessor, Z5XX (codenamed as Silverthorne) in idle power, around 1/20th in audio playback and around 50 percent more efficient when in media playback mode. Thanks to its “SmartIdle” technology with ability to switch off CPU core and its peripherals while maintaining its Operating Systems in S0 (On) state. At the same time, its graphics engine has been upgraded to GMA600 utilizing Imagination Technologies’ PowerVR SGX IP core that can easily scale up to 1080p media playback with 720p video encoding and recording.

No pricing information yet, the Moorestown based handheld devices such as tablet PCs will only be available by second half of this year, preloaded either with Windows 7, Moblin 2.1 or MeeGo Operating Systems.