After recent organization restructure and price slashing war, Intel has moved in the right direction with its new product ready to be launched. In view of its current trend that more product family will be introduced, Intel has decided to revise its existing product line naming convention so that it will not confuse the consumers with all its different product lines. This will also simplify consumers understanding and choices when come to the selection of different product lines. 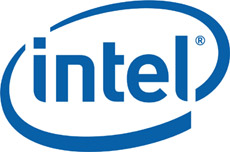 Some of the examples of product families that have been revised included the current Core 2 Duo processors. In future, you would not be able to find Core 2 Duo, Core 2 Solo or Core 2 Quad processor in the market. All of these will be given a common name as Core 2 Processor. At the same time, there will be no differentiation in terms of naming for Pentium D and Pentium Dual-Core, as both will be simplified as Pentium from now onwards. However, there are some that will still remain unchanged such as Celeron and Xeon product lines.

This is not the first time Intel renames its naming scheme. There were twice happened back to year 2004 and 2005. And each time the giant electronics company came out with new naming, the chain effect was very huge and significant. Can you imagine that how many collaterals and online released documentation will need to be changed based on the direction, in terms of cost and resources spent to update the collaterals and customers presentation materials. Hopefully, there will be no more frequent changing of naming conventions so that customer will keep consistent and not to be confused by all these changes.