iRobot Corporation has filed a patent for a new Roomba design that could clean the areas that is hard to reach. The new design features a square front end and a round rear that enables better cleaning of corners and wall edges while retaining most of the iconic round robot’s maneuverability and escapability. 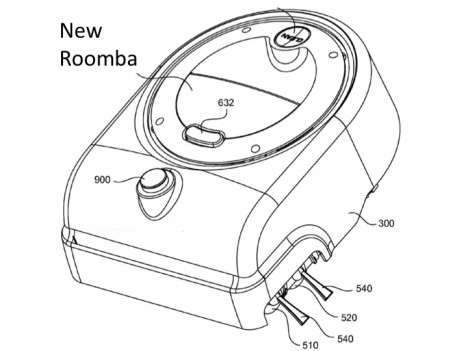 However, there are disadvantages to the new shape. Theoretically, it is easier for a square robot to get stuck when requires more complex maneuvers. For example, when hitting a corner, the robot cannot turn. It must back out of the corner first, lest one of its corners smack against the wall. The idea is that the square side of the Roomba will be in front, with the rounded side in back for easy maneuvering when in reverse/escape mode.

Ideally, according to the patent filing, the robot’s brushes would be as flush with the front of the robot and the corners as possible. It will has advantage over the current design which the brushes are in the center and leave several inches unvacuumed.

Whether the square-sided Roomba will become reality, it is still an open question. As long as it cleans better, the potential market will be huge.

Square-sided Roomba has substantial potential advantages, such as the ability housing more powerful vacuum, battery or larger bin, etc. due to its elongated shape. The new design actually features 4 side brushes, instead of the single side brush on all previous Roomba models.

With the fact that existing Roomba 500 series is less than two years old, it is unlikely to see a new generation of Roomba before 2010, especially given current crappy economy. 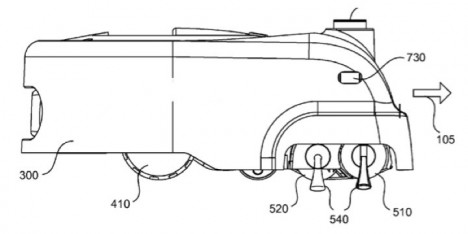 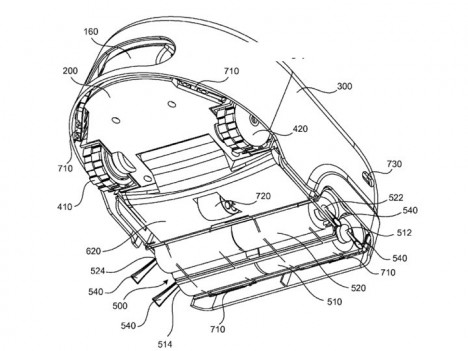 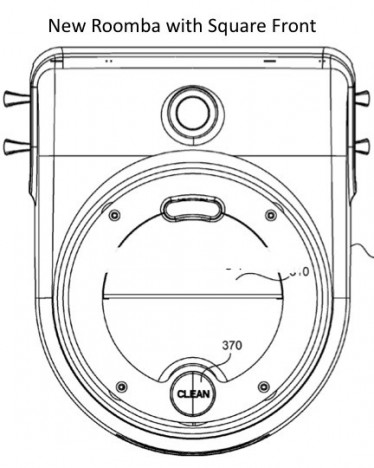