King to Kindle Popularity of the e-Book Industry 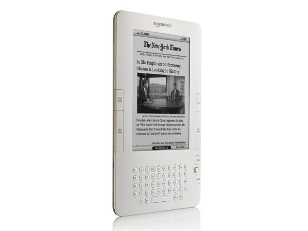 A new version of the Kindle e-book reader has been announced by Amazon. Having secured the publication of Stephen King’s exclusive new work on the Kindle, this announcement has not come in more timely. A large clue has been dropped that the story will involve a Kindle-like device. This will surely provide fodder for critics of Stephen King as the whole thing drips commercialism and marketing gimmick. According to King’s publisher, Scribner, the story will be published in printed form at a later date.

If nothing else, King should be lauded for venturing into the brave new world of electronic book publication, true to the imaginative and fearless spirit reflected in his books. Always having been more popular than classical art, the book in Kindle form may sell well for its mass appeal and crowd-pleaser effects.