The Japan-based consumer electronics giant, Sony has announced the launch of two latest digital photo printers – PictureStation DPP-FP95 And DPP-FP75, offering the same one-touch printing and in-printer photo editing features. Both of the new Sony PictureStation models are compatible with most PictBridge-enabled cameras. 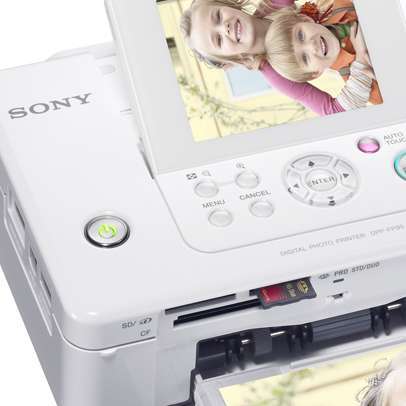 According to the company, “Sony DPP-FP75 model offers a new icon-based menu system on its large, 3.5-inch screen. This model has basic editing functions that allow you to enlarge, reduce, rotate and adjust the color of your photos before you print.”