The world leader and technology innovator in consumer electronics, LG Electronics has announced the availability of its first HD Ready (1080p) LCD TV with integrated Freesat – LG LF7700 (available in 32″/37″/42″/47″), which enable users to enjoy subscription-free HD programmes from BBC and ITV as well as over 140 digital TV and radio channels including US Masters, the FA Cup, the UEFA Champions League. 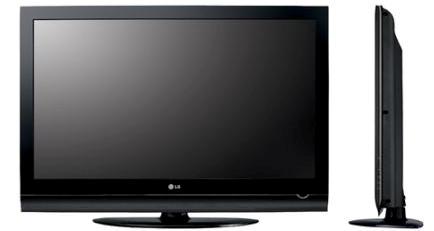 “The LF7700 is a perfect example of form meeting function. It incorporates smart technology, with ultra slim design and is the epitome of style,” said Brian Na, president of LG Electronics UK. “Consumers are treated to a subscription-free HD device that accentuates a chic living space. Freesat was purchased by an additional 100,000 customers at the end of 2008, putting paid to our decision to integrate it into the LF7700.”

“We’re thrilled to be partnering with LG,” said Emma Scott, Managing Director of Freesat. “The company is renowned for the quality of its products, and the launch of the LF770 is a fantastic addition to the current Freesat range of products.”

The LG LF7700 HDTV is expected to be available in the UK by April 2009, but the pricing has yet to be announced.