LG and T-Mobile USA have announced the new sleek (Honeycomb) Android 3.0-powered tablet – T-Mobile G-Slate with Google by LG, which the companies claim as their first 4G Android tablet to equip 3D capabilities such as integrated support for 3D graphics. 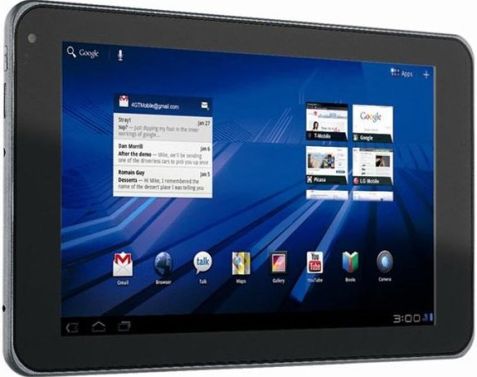 “LG is dedicated to continuing its role as an innovation leader and is thrilled to announce its entry into the tablet marketplace with the G-Slate,” commented Jeff Hwang, president for LG Mobile Phones. “Streamlining everyday tasks and enhancing entertainment with blazing fast 4G speed, the T-Mobile G-Slate by LG will deliver the latest in Android technology and provide users with an advanced tablet experience.”

LG G-Slate is expected to hit the market in this Spring but its price info has yet to be known.